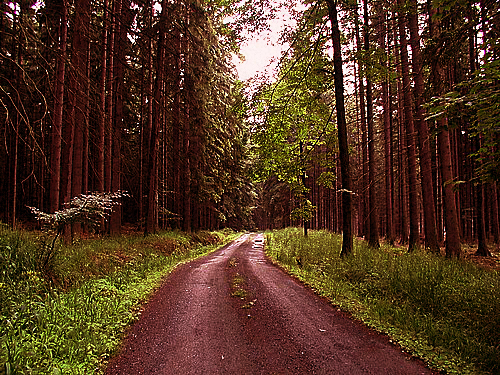 So, I grew up in a small Pennsylvania town named after a lumberyard. We lived in the woods, basically, on a thinly populated country road with farms and acres of trees.  You’ve been to a place like this right? The kind of town that you get car-sick on the thirty minute ride to the nearest grocery store. Everyone knows everyone, people let their kids ride their bikes the couple miles to a friend’s house. Great place to grow up.

Our road was out of the way so there wasn’t any drive-through traffic. If you were on that road, you lived on it or were visiting someone who lived on it.

I don’t remember details of the day. I was probably only around nine or ten. I remember the shock, mostly. The confusion. The shift in my world that this ground-shaking news caused. My childhood best friend, who lived a few miles down the street, had lost her older sister the night before. Actually, she wasn’t lost. She had been stolen. Stolen by a serial killer right off of our safe little country road.

Why? I knew that people grew old and died. I knew that people sometimes had accidents and died. But, this I just couldn’t understand. I mean, I really could not understand. Why would someone kill a beautiful, sweet person? She had a family, she had a job and a pet, she had a smile that could light up a room. If you were good and kind, good things happened to you, right? Nope. Apparently really horrible things can happen to very loved people.

Everything was fragile after that in my world. Things were different, things were not how I thought they were. Trust was gone. I felt vulnerable, unsafe, and terribly sad at the heartbreak my friend and her family were suffering through. And why did their family lose her?  There was no old age, no accident. There was only an intentional act that caused unbearable grief and pain. I could not imagine this being the world I lived in. But it was…and is. And I’m still trying to understand.

Fast forward to 1985. I am a junior in high school now living in Palm Bay, Florida. I am blissfully ignorant of the fact that a man  named John Crutchley–a.ka. the vampire rapist–lives about five miles away. In November a girl escapes from his home–nude with her hands and feet handcuffed and missing about 45% of her blood which she watched him drink–and is saved by a stranger who picked her up off the road. He is arrested and is suspected in the murder of over 30 other women, but never convicted. Four of those young women were killed in our county the previous year.

This time, what strikes me is not the shock that a human being could commit such horrifying acts, but that a human being…namely me…could be so oblivious to the world around her that she didn’t know about this until twenty four years later. Another harsh lesson.

Care to share any encounters with the darker side of human nature? I’d love to hear your stories!

10 thoughts on “Too Close For Comfort”