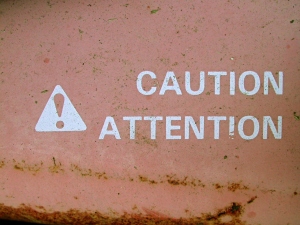 I’ve been following a different kind of serial killer case here in Florida. A case of serial cat killings in Miami.  An eighteen year old by the name of Tyler Weinman was arrested for these cat killings and charged with 19 felony counts of animal cruelty and 19 counts of improperly disposing of the bodies, among other charges. (Disclaimer: he has not been proven guilty yet)

If you haven’t heard about this, here’s a few facts about Tyler:

–His parents are divorced.  His father is a dentist in Palmetto Bay and his mother is a life coach in Cutler Bay, these are the two neighborhoods where the cats were killed.

–He told police he despises his father.

–If convicted of all charges, Weinman could get up to 158 years in prison.

Now, the thing that fascinates me the most about this case  is reading the reaction of the public.  Words like “subhuman” and “evil” were being used. People wanted him hung, skinned alive, locked up for life.

Well, okay…I can see the locked up for life thing. I was just as horrified by the cruelty of these acts as everyone else and killing animals does put him at a higher risk for moving up to people.  Besides, we Americans feel that our pets are members of our families. It’s not like it is in countries, like China, who consider cats livestock. (And don’t get me started on China)  So, the outrage is justified.  But there’s something else here to remember:

This is a child that WE failed as a society.

This is a child with deep, deep psychological problems. A child without the ability to feel empathy, to feel guilt, to feel love. If he feels anything it is rage. Who’s fault is that? Who’s responsibility is it? His parents? His kindergarten teacher? His doctor, neighbor, friend, aunt, coach, boy scout leader? I’m willing to bet someone along the way noticed the fact that this kid was in trouble.  In fact, I’m willing to bet a lot of people along the way noticed and turned their backs. Not their responsibility.

Would you want your son to end up like this? Because somebody’s son did. We owe it to our future children to figure out WHY.

So, yes–the deaths of these family pets breaks my heart and I hope the victims of these crimes can find peace in their good memories.

But the life of the human being named Tyler Weinman is one that we should all be mourning, also.

9 thoughts on “A Different Kind of Victim”