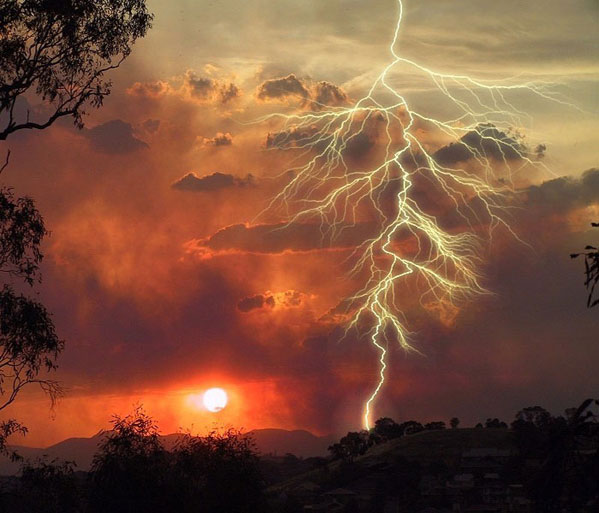 The woman awoke with no clothing and no memory. She stared up at the dense, black sky, afraid to move, trying to clear the fog from her head. Her pale body lay, curled up like a fetus, inside blackened ribs that had washed ashore from some long ago shipwreck. The smell of saltwater was familiar enough. She used this to dig into her memories, to try and bring forth something else familiar.

“Who am I?” she choked, squeezing her eyes shut against the fear. “How did I get here?”

After a brief spell of letting warm tears fall, she crawled out from beneath the oaken skeleton, wincing as she stretched out arms and legs that seemed as petrified as the wood. Straining to see through the darkness, she squinted down the long stretch of sand to her right and then her left. There was no sign of movement. She was alone. A chilled wind brushed against her exposed body and she began to shiver uncontrollably. Clothes. She had to find clothes.

She pushed herself off the damp sand, wrapped her arms around bare breasts and struggle up the beach toward the dunes, hoping to find a house or road, some sign of civilization. She stumbled along the beach grass until a narrow path emerged. Picking her way carefully, barefooted and nearly blind from the moonless night, she finally stepped onto blacktop. A road! Relief flooded through her. The long shape of a building could be seen to her right, but there were no lights on. No street lamps, no cars? Odd. Just a long stretch of darkness, with unfamiliar shapes and shadows as far as she could see either way. Was this a deserted town? Something felt very wrong.

She hesitated as she stared toward the building. Well, what choice did she have? She couldn’t just stand there naked and freezing to death. With a growing sense of dread, she forced herself to walk. She concentrated on the sound of crashing surf and tried to ignore the sharp bites of broken shells under her steps, once again wrestling with her own mind. There was something lurking at the edge of her memory, something large that invoked anxiety even as she struggled to reach it.

She reached the building first. It was an abandoned hotel, its windows boarded up with faded gray plywood, rusted railing curling away from a sagging porch. Luckily, the first door she tried had weathered enough to kick open. Trembling, more now from fear than cold, she stepped into the musty room. To her surprise, it was intact. She moved quickly– pulling a stiff sheet off the bed, wrapping it around herself and searching for some clue as to where she was. There was a phone on the nightstand, the cord hanging lifeless on the warped wood flooring. Nothing! Nothing in the drawer, nothing to tell her where the hell she was. This can’t be happening. Rusted mattress springs groaned in protest as she lowered herself onto the bed, defeated. What now? She began to pull at the seaweed matted in her hair, sliding it absentmindedly from her tangled strands.

When she looked up, a man stood quietly in the doorway watching her. She stared at him, too startled to run.

He nodded and moved to sit beside her on the bed. Her heart pounded in her chest as so many thoughts ran through her mind…scream, run, jump up, impossible…that she was paralyzed. He didn’t seem to want to harm her. A large silver band around his wrist had his full attention.

He turned toward her, distracted. “Yes?”

“Do you know…where this place is?”

“Not where, Miss Shillings, but when.”

“Miss Shillings? Is that my name? Do you know me?” She shook her head. “I must be dreaming.”

He dropped his arm, staring at her curiously. “A great man had a dream once, turned out to be reality. Tesla. You know of him? “

“What is the last thing you remember?”

As she looked in his dark eyes, a flash of lighting lit up her mind. “Oh,” she said, struggling to hold on to the memory. “A storm? I think there was a storm.”

“Yes. There were two actually.”

“Two? But what do you mean? Look, I…I can’t remember where I live. You know me, you must know where I live.” Hope began to replace fear. “You can get me home, right?”

Thunder rumbled in the distance. The wind picked up and blew her hair off her shoulders.

She felt tears stinging her eyes. “I don’t understand.”

“We don’t either,” he sighed. “Not really. For some reason, this region is highly susceptible to the effects of geomagnetic storms. Once in a while, a lighting strike happens to coincide perfectly with this phenomenon…we’ve figured out this much from his research.” He glanced at the sheet wrapped around her and nodded. “Flesh has a different frequency than inorganic material…they never seem to travel together.”

“Flesh?” The woman blinked, her face draining of color. “Oh my god, I’ve gone mad, haven’t I? Or, am I dead?! I’m dead!” She stood up and began to hyperventilate.

“Miss Shillings, you must calm yourself.” The man stood up with her. Just then a flash of lightning lit up the room and thunder shook the walls.

“It’s okay,” he said, glancing at the metal band again. “My success rate is very high. I’m good at what I do.”

“What do you do?” she asked, as a hard rain began to beat the roof and ground around them.

A loud ring behind her made her jump back, and she stumbled into the man. He steadied her, then quickly went to the ringing phone. As he spoke into the receiver, she stared in disbelief at the exposed, unplugged cord. I have gone mad.

He hung up the phone and whirled around, smiled at her and held his hand toward the door. “Shall we, Miss Shillings?”

She glanced at the sheets of rain outside being blown sideways by the wind. “Shall we…?”

“Of course.” She nodded and stepped out into the storm. What choice did she have?