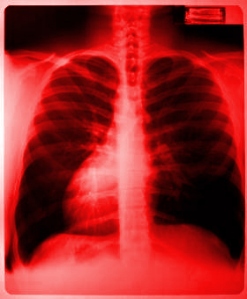 It is only a whisper, but the room explodes into pandemonium. The word is a hurricane. It sweeps a nurse out the door, blows another out of the corner, clutching a chart and her chest.

He opens his eyes suddenly, memories caught between fog and pain.  There is a beep and a click in the sterilized space, the suddenly silent space…and then his mind explodes. Click BOOM!

He clutches his heart, his bearded mouth a cave full of unearthly groans and escalating screams. He watches them  in slow motion: Helen’s eyes crinkle at the corners as a mother-smile ignites, brightens her face. Emma bathes in the love; cooing, waving chubby fingers, bubbling at the world.

Rage bubbles now, builds, escapes from the cave and threatens to burst his eardrums. Beyond the nurses hands with straps and needles, he sees them. He sees Helen’s throat open up with the first bullet, then her chest. Crimson flowers bloom and splatter his shirt.  Her hand reaches for Emma as she falls backwards; falling, falling. “Emma!” Emma’s soft head blooms as he lifts himself from the chair, his heart shattering because he knows he is one second too late.

His next bout of awareness comes two days later. Men in suits and grim, sleep deprived faces file in to stare at him.

Questions begin slowly, carefully as if the words are probing his wounds. Do you know where you are? Do you remember anything from Friday, October 1st? Do you know your name?

His answer is a blank stare. His mind is simply white noise.

“That’s enough for now, Gentlemen,” a sympathetic voice breaks in.

The raspy voice startles the nurse checking his fluid bag. She trips backwards and then stoically pushes her fists into her pockets. “You don’t remember your name?”

Sighing, she glances back at the door. “It’s David. David Farah.” Her arms now cross. “Ring a bell?”

“No.” He runs a shaky hand over the sore flesh under a thin gown. “What happened to me?”

“What happened to you?” Her eyes round, then blink at the ceiling. Her mouth tightens. “You were shot. The bullet damaged your cardiac valve and your heart wall. We had to do emergency surgery. You have a new heart, Mr. Farah.” She bows her head and leaves.  The men in suits file back in.

Now their eyes burn fiercely. Shock has crumbled under the weight of anger and injustice.

“So, names, Mr. Farah. We want names.” One of the angry men moves to stand over him. He smells like cloves and fear. “We know you weren’t acting alone in this. Thirty seven people died in that restaurant, you son of a bitch. Thirty seven people that included a…baby.” This last word is spit into his eye. Venom. He doesn’t blink because he is focusing on steadying the images and feelings rushing at him. An old fire, from another lifetime is nudging its way to the front. It is hate and faith and fear all rolled up into a singular, seething wound that is wearing the mask of a human soul. His silence is taken as being uncooperative. The angry man slams a hand down on his stitched up chest. The pain feeds the fire.

“You mentioned the name Helen.” The third man’s jaw twitches.

His eyes narrow. He pinches his nose between his eyes then motions for the others to follow him out.  He comes back in alone, with a folder.

“Helen Brennan, along with her husband, Michael and their baby Emma were victims in the attack.” He folds his arms. “How were you acquainted? Was this a targeted attack on them?”

“I don’t understand,” he stutters. The line between lifetimes is blurring. The space that separates souls is disappearing. They stand facing each other as one. One body, two lifetimes. Grief swirls as a black storm within and around them.

Nurses, doctors and agents share the view, peering at the man signing his confession through the window, struggling with their own grief and confusion.

“Maybe we should tell him,” a nurse glances at an agent.

“That he has Michael Brennan’s heart.”

“What good would that do?”

“Most people don’t know that the heart sends more signals to the brain than the brain sends to the heart. Some people believe our soul is in our heart.”

David Farah turns to the window full of faces, lifts his hand in a thumbs-up salute and plunges the pen deep into his new heart.

30 thoughts on “Friday Flash: A Change of Heart”