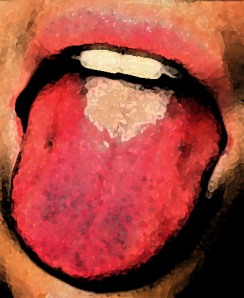 Alice Windsor noticed her hands shaking as she held them under the automatic sanitizer at the hostess station.

“I suppose so.” She glanced around the candle lit dining room.

“You’ve arrived before your guest,” the hostess winked. “Follow me.”

Great, Alice thought. Even the hostess can tell I’m a nervous wreck. Get it together.

And then a thought struck her. What if he didn’t show up? She would kill Valerie. Setting her up with some dead beat.  She slid into the seat, eyeing the embedded menu. “Glass of Chablis, please.”

She used the time to situate her silk skirt, smoothing it out along the curve of a hip; breathing slowly as she watched the other couples from beneath dark lashes. They all seemed so at ease with each other; talking, smiling like no one else existed. She had that once. With Larson. A lifetime ago. Stop it. She shook her head, trying to clear it of his name, his memory. Every year Valentine’s Day was a day for her to dread, to wait for like a plague. Not this one. She stiffened her resolve as her glass of wine arrived. And right behind it…her blind date.

“Have you been waiting long?” He leaned over her and they air-kissed.

“No, no,” she whispered, stunned by his sincerity, his large brown eyes, the charm that oozed from him like a physical presence, his mild, oaky scent.  “Just about four minutes,” she said, absentmindedly sipping her wine.

He ordered a drink and then the warning chimes startled Alice. It had been awhile since she had spent time in public and she’d forgotten how loud those bells could be. They reached for the paper masks beside their silverware, placed them over their mouth and nose and held eye contact as the sanitizing ions sprayed from the ceiling to zap and collide with any viruses floating around. Alice found herself smiling beneath the mask. A new predicament for her. Could she actually be happy with a man again?

The secondary bells rang indicating they could remove their masks.

“So, Alice,” he pressed his fingers together in front of him and she had the sudden urge to slip her hand between them. She leaned back in her chair, grabbing her hands in her lap to keep them from acting without her consent. “Valerie tells me you’ve been by yourself for a while. Bad divorce was it?”

Alice pushed her hair off her neck. It stuck a bit, damp and clinging. Was it hot in there? “Yes,” she bit her lip. “Mostly though, I just don’t trust myself not to pick another crazy person.”

His laughter came easy and often through dinner. Alice bloomed beneath it, letting herself relax and open up, all the while fighting the urge to touch him. Which was insane. The violation would land her in Solitary Confinement for thirty days. By the time dessert arrived, she was feeling so out of control, she was beginning to think it would be worth it.

“Are you feeling all right? Your face is very flushed.” That sincerity again. It was killing Alice.

“I’m actually feeling…amazing.” She laughed, licking cream from between the fork tongs. Euphoric was the word she would have used, except she still had enough sense not to scare the object of her desire. That sense was quickly fading, though. She lifted the porcelain plate and ran her tongue over it, lapping up every crumb of lemon cake and cream.

“Alice? Maybe we should…” She suddenly lunged across the table and ran her tongue across his throat, tracing a line up his chin, over his lips, cheek and into his ear. People began to shout and two waiters raced over, grabbing her arms, trying to pry her off of the stunned man.

Pink foam began to ooze from her mouth and run down his neck, into his starched collar. Her tongue swelled into a fat strawberry; her eyes rolled back into her head.  A powerful seizure struck and she fell to the floor.

Alice awoke beneath a plastic tent, straps holding down her wrists, machines and white walls beyond the plastic.  Wincing, she tried to call out. Her mouth was swollen and on fire. A shadow emerged, stood in the doorway and then approached the plastic.

A small croak was all she could manage.

“It’s okay. I know you can’t speak. I’m CDC Senior Investigator, Robert Glenn.  You have been in quarantine here at Valley Hospital for ten days, along with the man you…licked.” He paused and Alice wanted to crawl inside her skin and disappear as the memory of the Valentines dinner hit her full force. “It seems your ex husband, Dr. Larson Windsor, has created and infected you with a virus that was activated by a specific hormone cocktail…phenyl ethylamine, serotonin, dopamine, among others. In other words, it was meant to activate when you became attracted to someone as a potential mate. It apparently acts fast, spreads through saliva.  I’m afraid…”

Alice squeezed back the tears. No cure, of course. She was now a contagion. Quarantine would be her permanent home. And then her eyes slowly opened, warmth spreading up into her face as she recalled the large brown eyes of the man who was also quarantined indefinitely. He would forgive her eventually, wouldn’t he?

Her swollen tongue brightened from within a deformed smile.