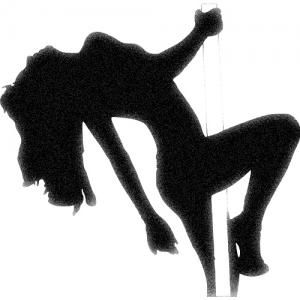 It’s not her fault. She wasn’t born with the ability to see things as they are. Her world is small and skewed, complete with a turnstile and ticket price that no one can afford, a glittery fantasy in the background. If only I hadn’t fallen for her, maybe I’d still be alive.

What? You don’t think the dead can talk? You’ll see. The world is nothing like you think. Because you’re looking through the same damn filter as her—life. Her name is Lola.

Lola was given her name by a mother who was fond of whimsy and ignorant of 20th century literature. Lola struggled from whimsy like a butterfly, all wet and sticky with new wings to try out. When she turned eighteen, she did just that. She flew. She changed her name to Ekaterina because she liked the idea of being difficult, a struggle for the tongue and mouth. I refused to call her anything but Lola but I paid for that dearly.

This is how she gained a wide berth in life. Like those hoarders who pile things around themselves; newspapers, canned peaches, fat and feral cats. She piled tragedy of her own making. She was the fire that danced within the paper, burning anyone attracted to her flame.

Where did I meet her you ask? Where do you think a girl named Lola with hips that could charm a snake would hang out? Don’t judge me. I was newly divorced. I just wanted a girl to look at me again with something other than distain. I used my full week’s paycheck that night to keep her in the private room. I don’t know what she saw in me, but she agreed to a real date that night.

Our first date happened on a rainy Wednesday, with one of those sunsets that looks like somebody drizzled hot caramel all over the sky. She was soft and pliable, legs like vices. I remember staring up at that sunset–flesh pressed in wet sand while those hips made perfect warm circles—thinking I could die right then a happy man.

I didn’t know then I would die a very, very unhappy man.

By our fifth date, Lola had another life growing inside that tan belly of hers. She said it was mine and we talked about the nursery. I could smell the lemon yellow paint she picked out for the walls, so boy or girl…our baby would wake every morning to a bright sunshiny world. A world full of light and hope and promise.

She seemed surprised when her belly grew taught over the round life. She stopped eating anything but celery sticks and lemons. Her routines grew more and more dangerous, hanging upside-down and sliding toward the ground like she wanted to crack her own skull open.

On a Saturday night at two in the morning, that’s exactly what she did. The hospital lights were so bright. The doctor’s voices, the machines. So loud. The blood, so red.

Flowers everywhere the next morning. God, the smell was suffocating, all sweet, sticky…like a funeral. Of course, it was a funeral. Our baby was dead. Jarred from Lola’s body from the impact and thrown in some hospital disposal unit.  Her tears were real, pooling in the dark crevices under her eyes. I fingered a creamy white petal from a close boquet, not knowing how to express my sadness, feeling like a stranger at my own child’s funeral.

The card was just a card, but to me it was the final blow that shattered my delusion that she would ever be mine. ‘Wishing you a speedy recovery, Katerina. Get back to us soon. Love, Giovonni.’

I plucked it from its plastic stake and tore it into tiny pieces. I stuck my face into hers; the rage, the sorrow, everything piling up and collapsing in that one moment like an avalanche of the soul. “Who are you? I loved you!” I screamed.

My own spit shining on her pale cheeks, she answered, “I never asked to be loved.”

I admit. It was a stupid thing to do. We were ten stories up and the goddamned window would have held if a psycho adrenelin rage wasn’t behind the force thrown against it. For one brief second I was free of her. The silence of pavement against brain was heaven.

Then I was back. Standing in her hospital room, attached to her with some kind of damn emotional  bungee cord.

I’m not sure how long I’ve been attached to this beautiful, tragic creature. I lost track of the nights she spent throwing herself into one hell after another, not with abandon, but with the confidence of a martyr.

She’s right. I see that now. She never asked to be loved.