Hope you all have been enjoying the holidays! I can’t believe 2019 is right around the corner. I have to say, I’m not sad to see 2018 go, it was a rough one. But in the spirit of new beginnings, I’ve started a separate blog to chronicle my adventures in healing. (I’ll still blog here about book stuff.) You can check it out here:

My Adventures In Healing

The one thing that kept me hopeful over the past four years was other people’s recovery stories, so that’s my main goal with this new blog. To pay that forward. Please share the link with anyone you know struggling with chronic illness.

I just watched this documentary UNREST by Jennifer Brea, about her life after she was struck down with Chronic Fatigue Syndrome. It’s a powerful film and I hope it succeeds in getting the medical community to take this illness, which affects millions of people, seriously. 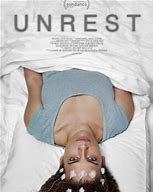 I am one of the people affected, though I rarely talk about it. I don’t talk about it because I don’t want this illness to define my life. But that’s not the only reason. I don’t talk about it because a lot of people don’t believe it’s a real illness, even people in the medical community. Everyone gets tired, right? And I get it. Unless you are going through it or watching a loved one go through it, it’s hard to imagine the kind of debilitating fatigue where breathing is all you can do, for weeks, months or even years, depending on how severe your case is.

But what I’ve realized watching this movie is staying silent is the worst thing I can do. The push to get this illness taken seriously, and get the research funded to find a cure, needs every voice it can get. So, I am speaking up.

I was lucky enough to be diagnosed early, though not by an understanding rheumatologist (His only advice was to keep exercising). When I look back before the moment I got sick, I can see a pattern where I started to get run down. I had two serious medical traumas in the span of a few years. As I recovered from those, I noticed I never really got back to feeling good. The fatigue was there, just not debilitating yet, so I kept pushing myself, working out, trying to eat better. Until one morning I woke up feeling like I had the flu with severe pain and fatigue. And I never recovered.

That was four years ago. I said I was lucky to be diagnosed early  and that’s because I was able to research enough to learn that pushing myself at all physically could be catastrophic and put me in the “severe” category that most people don’t recover from. Because my main complaint was the pain (my hands and legs burned like they were on fire, my joints ached) my diagnosis was fibromyalgia, though the fatigue is more debilitating for me. Fibro, CFS, ME… these labels are slapped on the cluster of hundreds of symptoms that come with this illness. It is a multi-faceted illness involving the nervous system and the immune system. The digestive, endocrine, cardiovascular and muscular systems are also affected.

The first six months were the hardest for me. There was a lot of spending time in the bathtub and pool because being in water brought the pain down to bearable levels. There was also a lot of grieving for the life I had lost. I have twin boys who were eight at the time. I could no longer ride bikes, go to the beach, throw a baseball, even reading to them would wipe me out for days. I also had two dogs that I could no longer take for walks. I had friends that couldn’t understand how sick I was. My world shrunk to immediate family. To my bed. My couch.

I did see many different types of specialists, but no one had answers. I spent most of that first year with severe brain fog, but when I could concentrate I would research or watch videos of how other people recovered. It took a year of this to find the little things which helped me slowly begin to improve. With a combination of things like: LDN (a drug that boosts the immune system), restorative yoga & meditation (to heal my nervous system), cutting out sugar (to help the inflammation in my body), seeing a restorative medical practitioner (who helped straighten out all the systems that had crashed along with vitamin deficiencies) and learning how to pace (using less energy daily than your cells are producing)  I managed to get to the point where I could do some important things again like write and cook. You could look at me and not see a sick person, as long as I wasn’t doing anything physically taxing, because then I would be in a wheelchair.

In October of this year I was feeling pretty good. I still had exercise intolerance so I still couldn’t do things like walk the dogs or ride bikes, but I could spend fifteen minutes doing light yoga or doing some movement in the pool. I could finally make it through the grocery store without crashing, though I would have leg pain afterwards. I felt like I had a handle on this thing. And then I had another medical emergency. For the third time in four years, a main artery burst in my sinuses and it took two emergency surgeries, a stay in the ICU and a blood transfusion to save my life.

It’s been almost three months and I am still recovering. The crushing fatigue is back. I am frustrated but I know that I have to keep my stress levels down and just go back to the beginning, not using more energy than my body is creating.

Guys, this illness robs people of there lives. There’s this cycle of feeling a little better, getting some hope and then overdoing it and crashing for days or weeks. And by overdoing it, sometimes it’s just reading too long or taking too many trips to the bathroom.

So, if you know someone who has been diagnosed with fibro or CFS/ME please believe them. Support them. Spend time with them, even if you just sit with them. Watch this movie! It’s an isolating illness. It’s scary and its hard to stay hopeful.

Because hope is our life preserver, I’m going to share a few online resources that have helped me:

CFS Unravelled (Dan Neuffer was a sufferer who has recovered & now dedicates his time helping others. Tons of great recovery stories on here)

The Optimum Health Clinic (Started by Alex Howard, who himself recovered & wanted to help others. They have tons of great information videos & recovery stories on YouTube. I have an appointment to talk to them at the end of the month.)

Thank you for reading my story and if you’re one of the invisible people suffering through this, hang in there. I see you and I do believe recovery is possible.