I try to keep this blog light and only talk about things that pertain to my cozy mysteries. But I am a writer, which means words are the way I work things out for my own sanity. Today–in the aftermath of yet another act of terrorism and senseless loss of lives–I feel the need to write about this, to make some sense of it, because my heart is heavy and the world is on fire:

How do we fight terrorism? 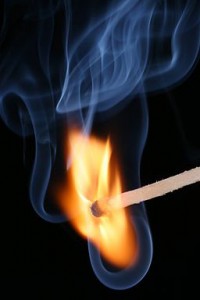 First, I feel like we have to acknowledge this particular pathology is a part of us all and stop thinking it’s “us” against “them”.  It’s not.  We are all vulnerable to becoming “them” because the problem is inherent to human nature. What is this problem, this disease…this fire that’s spreading and consuming our peace, our humanity and our future? It’s this:

A willingness to embrace a particular idea or ideology at all costs. To let an idea, a religion,  a deep emotional/psychological wound or even fear separate us from one another while we stand with unyielding conviction on that idea, condemning those around us who don’t embrace it. This common human condition is  what terrorists are suffering from, they’re just acting on it with extreme violence. It’s the underlying ideology of separation and condemnation which spreads fear and hatred and must be stopped.

Sure, once this violent ideology is embraced, a  terrorist, with no value for life, is born and they become the threat…because how do you fight someone who doesn’t want to live? How do you fight the already dead?

I know it would be ideal to bring them back to life. To lead them back to the land of the living by rooting out whatever weaponized belief system they hold from their clenched fists and closed minds. I also know that’s probably not possible. And it’s tragic… It’s tragic that so many of our fellow human beings are choking on the ashes of their charred humanity.  If I could make a wish for them–and for us–it would be that they could once again taste the sweet innocence of childhood; jump start their dead hearts with an act of charity instead of violence; hear a kind word; fall in love instead of commit rape; see the ray of sun through the black clouds instead of the storm behind it… heal from whatever festering wound their starved hearts are suffering from.

I have no answers. I don’t think anyone does. But I know that feeding their hatred with returned violence is not the answer. But neither is silence. We must all speak up, come together and leave our own ideology at the door.

Because the only thing I do know for sure is there cannot be peace until we learn to accept each other’s beliefs and ideas without trying to change them with violence, control and containment. In other words…letting ideas and beliefs start wars.

We have to care for each other, love each other. If we don’t, we are them. We are dead already.